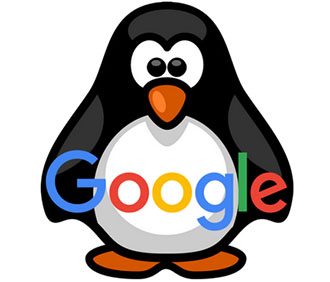 If you’re in touch with tech-talk, you’ve probably heard about a few different Google updates over the past few years. One of those was Penguin, which was originally rolled out in 2012. Penguin’s main goal (as outlined in their original blog post here) was to penalize and devalue websites that used “black hat” SEO tactics. This resulted in significantly more streamlined optimization for businesses that used the right strategies and programs to improve their web rankings (companies like Citywide SEO, for example), and greater penalties for those who tried to skirt the system.

The latest update, though, came last Friday when Google announced that it had made changes to Penguin and incorporated them into the Core Algorithm.

First, Penguin is now real-time. Historically, the list of sites affected by Penguin was periodically refreshed at the same time. Once a webmaster considerably improved their site and its presence on the internet, many of Google’s algorithms would take that into consideration very fast, but others, like Penguin, needed to be refreshed. With this change, Penguin’s data is refreshed in real time, so changes will be visible much faster, typically taking effect shortly after they re-crawl and re-index a page. It also means Google’s not going to comment on future refreshes.

Secondly, Penguin is now more granular. Penguin now devalues spam by adjusting ranking based on spam signals, rather than affecting ranking of the whole site. This essentially mean that Penguin will focus on devaluing individual pages, not the website as whole, when there’s an error or possible spam content that negatively impacts the site’s ranking.

What’s This Mean for SEO?

Now that the “geek-speak” is out of the way, you’re probably wondering what this means for your business and your online presence.

First off, if you’ve got a website that has been penalized by Google for “black hat” SEO strategies, there’s a light at the end of the tunnel. Penguin’s new updates will allow your site to be re-evaluated in real-time without having to wait for a manual re-crawl and re-index from Google. That means that once you’ve corrected the problems that led to the penalty (such as keyword stuffing or spam linking), you can expect to see a much quicker return to relevance for your website.

So if you’ve been screwed over by a shady webmaster or SEO company (or tried to get quick results on your own and got caught in the process), there is an end in sight. You just need to correct the issues as soon as possible, or hire a professional team to do it for you (*cough* like Citywide).

As for the second part of the update, it also helps those who have been negatively impacted by less-than-reputable SEO strategies. If you had a webmaster or SEO guru who engaged in some shady practices, but only did them on one individual page (like your home page, for example), Google is no longer going to penalize the entire site, but rather just the pages that have the black hat tactics embedded in them.

For example, if you’re an SEO company in San Antonio and you’ve got a home page that is absolutely bombarded with keywords (literally, you can’t fit the words SEO San Antonio into the text any more if you tried), you can still get ranking for your inner-pages without them being penalized for the errors on your home page.

Why Does This Matter?

I know what you’re thinking: this all sounds well and good, but if I’m not involved in the tech/online marketing industry, why do I care?

Simple: Google is making it more important than ever to use “White Hat Tactics” when optimizing your website. Even though these updates make it easier to come back from the dead in terms of being black-listed or penalized for questionable SEO tactics, Penguin is still a part of the Core Algorithm. Just because you’re able to recover quicker doesn’t mean that getting caught isn’t going to hurt.

Doing good SEO is similar to building a home: you can cut corners and get the job done quicker and cheaper, but in the end, you’re going to need high-quality workmanship or else the whole thing can fall apart.

Penguin will have a serious impact on local SEO practices. Make sure you’re working with a firm that understands how to play within Google’s guidelines.

Let's Get Your Project Started!
COVID-19 STATUS: We are 100% operational, with all employees working remotely. Feel FREE to contact us today!
close
Toogle Down