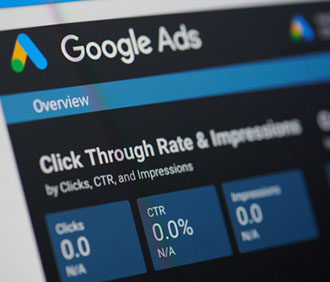 A lot of the potential clients that I meet with have experience in online marketing. Either they were previously doing it themselves, or they’ve previously paid someone else to do it for them. Either way, they’re not unfamiliar with how marketing strategies like Pay-Per-Click (AKA Google AdWords, AKA Search Engine Marketing, AKA Search Engine Ads, etc.) work on at least a basic level.

That being said, I keep seeing the same situation arise through all of my meetings with these marketing savvy business owners: they’re all fixated upon being the highest ranking result for their Pay-Per-Click campaigns. I can’t tell you how many times a business owner has vented to me about how much they spend on Google AdWords, and then turned right around and confessed that they’re consistently trying to outbid everyone else for the top spot.

Every time I hear this from a potential client, I ask them the same question: why are you throwing away money like that? Most get very surprised that I think their brilliant online marketing strategy is flawed. However, here’s the background on why I tell them this. Perhaps this information can help you save marketing money, too.

Yes, read that header again. Every time I point this out to a business owner, they fight me on this simple principle. Their logic goes something like this: I’m at the top of the list, where people are most likely to click and become customers. While that works in theory, it’s got some severe flaws in it, as well.

Literally, all the “top spot” means in practice is that you’re paying the most for your clicks. The business listed first is simply the person who is willing to pay the highest rate per click. There is no guarantee that being in the top of the ads section will generate more revenue. All it really guarantees is that you’re the person who most needs to convert a sale off of this new lead because you’ve sunk the most marketing cost into it. Hope that click was worth it.

2. Top Placed Ads Don’t Get the Most Clicks

I always have to produce stats to back this one up, but according to Google and numerous independent researchers, the number one spot is not the position with the highest click-through-rate. Instead, positions two and three are actually consistently more appealing for click-through-rate… and they’re paying less per click! That’s how you go about maximizing return on investment.

Additionally, Google has used Heat Map technology to back-up this trend by taking click-through-rate by ad out of the equation and instead focusing on which ad customers were more likely to click on per search. The top position actually fared worse in this category, as it took the frequency and impressions of the ad out of the equations.

Since the person who is bidding the most per click gets the top ad position, it makes sense that the person who’s in the top spot will be using up their budget the fastest. That can mean you’re not only getting the most expensive clicks of your industry, you’re also getting significantly fewer impressions than your competitors.

Consider this: a business who has $300/mo to run on AdWords wants to be in the very top position of their industry, so they bid $10 per click. At first, that doesn’t seem that bad, right? Well, that business’s daily budget will roughly be $10 per day. That means that the cost of bidding the most for your placement is that you’re only getting seen for one click per day. Once you’ve reached your one click, your ad is gone for the rest of the day. Sure, you got the top spot and maybe (and I stress maybe) got a better quality lead out of it, but you got exactly one click for your entire daily spend.

Meanwhile, a business that is bidding $5 and gets the third or fourth spot will get twice as many clicks and will likely be seen twice as many times. Which business would you rather be?

4. Clicks are Clicks: Don’t Overvalue Them

The biggest issue that most businesses have with AdWords is that you’re effectively paying for clicks, not leads. That’s a big difference. Even great campaigns will have relatively low conversion rates. The majority of your website clicks just simply don’t convert to business (at least not right away, but that’s a topic for a remarketing post at another time).

When you think about it that way, why would anyone want to intentionally be paying the most for the clicks they’re receiving, whether or not those clicks are converting into leads? It’s an archaic principle that defies modern-day logic. It would be much smarter to set your bid strategy to maximize the cost-per-click and get more clicks than load up your budget for one or two clicks in the first position.

There’s absolutely no correlation between ad positioning and conversion rate, so it’s not as if the potential customer who clicks on an ad in the top spot is more likely to convert than one who clicks on the third ad.

To wrap up this post, I want to again stress to anyone out there using PPC as a part of their online marketing strategy, don’t get too hung up on which position your ad is averaging. You should really be focused more on valuable metrics like cost-per-click, cost-per-acquisition and overall return on investment. While it can be a bit of an ego boost to see your ad show up as the top result in a Google search, doing so is simply not the best use of your marketing budget. Rather, back off your bid, swallow your pride, and enjoy the extra cash flow from putting your ads in the second or third position online.