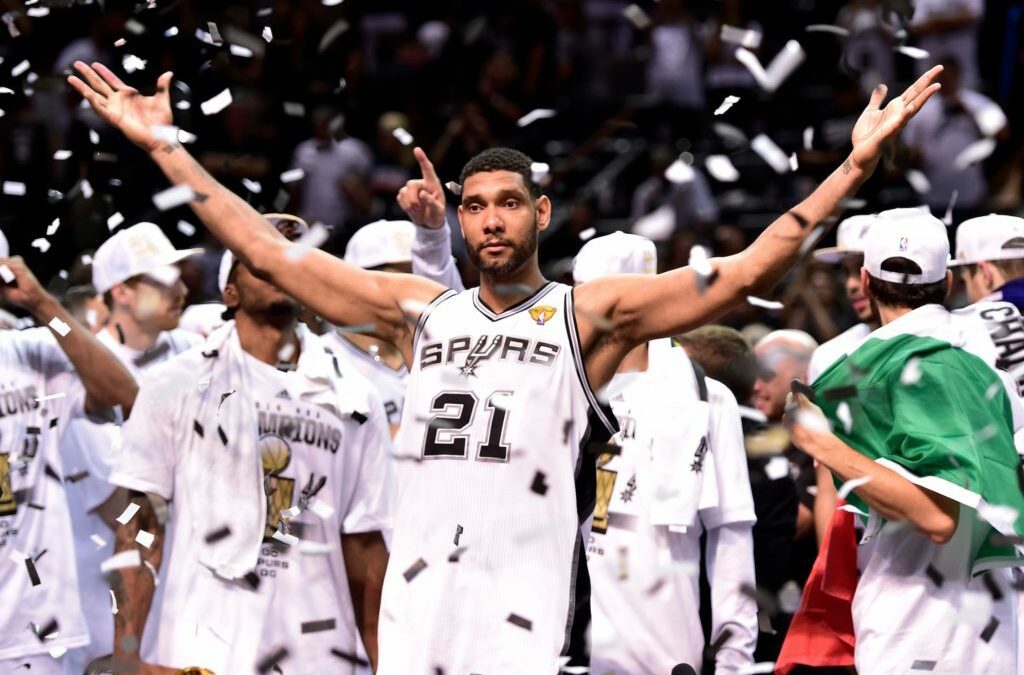 I realize that anytime you talk about sports, and put thoughts into writing, there’s a very strong likelihood of eating your words later. In the sports world, things can change instantly and even the most profound statements have a tendency of looking foolish in hindsight.

With having given that disclaimer, I’m going to go ahead and make a bold comparison between sports and the digital marketing world.

To make this comparison requires one to think a bit out of the box, but bear with me as I try to justify what sounds like the fanatic rambling of a lifelong homer.

Much like the San Antonio Spurs of the late nineties to today, running a well-structured SEO campaign will always put your business in a position for long-term success. Any sports fan knows that the Spurs have won the most championships of any professional franchise in the last twenty years, and sport the highest winning percentage of any team in that time span.

Despite their consistent excellence, the Spurs always seem to fly under the radar and are often ignored in comparison to flashier, short-lived, upstart teams. While the Spurs have rattled off consistent fifty-plus win seasons, the Lakers, Cavaliers, Heat, Celtics, Clippers, Timberwolves, Pistons, Suns and even the Warriors have all fluctuated between championship contenders and cellar dwellers.

In much the same way, search engine optimization is the steady, consistent way to promote your business month-over-month, year-after-year even while other marketing methods explode to prominence and then flare out.

For this reason, the businesses that see the best long-term success understand the value of investing in SEO and consistently focusing on their online presence.

Any Spurs fan can tell you the lineup to the 1999 championship team. Tim Duncan, David Robinson, Sean Elliott, Avery Johnson, Malik Rose and the rest of the 1999 squad are household names in San Antonio. Over the years, the supporting cast changed dramatically. Names like Michael Finley, Brent Barry, Fabricio Oberto, Boris Diaw, and Stephen Jackson all served very important and revolving roles around the San Antonio centerpieces of Tim, Manu, and Tony.

SEO is the exact same way. Because search engines, like Google, Yahoo, and Bing, consistently tweak their ranking algorithm, the methods and strategies behind SEO are consistently evolving. While content is always king—just like Timmy, Tony, Manu and Kawhi have always been foundational pieces in the Spurs roster—the supporting characters change quite frequently. One month may focus more on H1 headers, while the weighting toward schema markups may be featured more prominently the next.

Yet through all that change, the Spurs and SEO remain consistent, reliable, and highly productive.

For the greatest majority of the Spurs’ great run of success, they were known as a team that lacked flash, style and the “sexiness” of other marquee franchises. They never signed a crew of major free agents to create a “Super Team,” there was never an ESPN special about “The Decision,” and they didn’t run blistering type of offenses that wowed fans and put up ridiculous point totals night in and night out.

The Spurs were always content to play the under-appreciated role of an under-the-radar performer. Even in years when they eclipsed 60 wins, they were the least heralded contender year after year.

SEO is much the same way. Just nobody wanted to talk about the Spurs due to their lack of flash, no business owner truly gets amped about good SEO.

SEO just isn’t as flashy as seeing your brand on a billboard, a TV commercial or a radio spot. It doesn’t fill you with excitement because it doesn’t create the same ego-stroking energy that those over avenues offer.

That being said, how many times have you seen a billboard in the corner of your eye everyday on the way home from work and never noticed what it was actually selling? Even better question, when was the last time a radio commercial made you whip out your cell phone and call that number right away?

When it comes to marketing, it’s always better to focus more on substance and less on flash. Be the Spurs, not the Suns.

Okay, this may be a little bit of a stretch, but the Spurs are recognized for their standard black, silver and white color scheme in their uniforms.

These three colors are also commonly seen in SEO. There are many ways to do SEO—some of which are approved by Google and the search engines, some are strictly prohibited, and some fall into a grey area between the two.

White-hat tactics are the SEO actions that are recognized and approved by search engines like Google. Performing white-hat tactics will keep your website in good standing with Google, connect your business to customers, and put your website at the top of the results page.

Black-hat tactics are the actions that Google and the search engines do not approve when trying to optimize your website. These tactics may help your website rank faster, but almost certainly come with a ranking penalty—or possibly even inclusion on Google’s blacklist—because you are almost certain to be caught by Google’s spiders eventually. SEO companies that use black-hat tactics should always be avoided because they can do more harm than good to your online presence.

Finally, grey-hat tactics are the ambiguous, vaguely-defined rules in between. While these won’t necessarily cause a penalty on your website ranking, they can easily lead to a slippery slope that may get you in trouble with the search engines.

In this regard, it is probably best to skip the tri-colored motif of the Spurs and instead stick to entirely white-hat tactics to promote your business online.

While the Spurs don’t win every single season, their consistent and steady approach puts them in championship contention year after year. SEO won’t always get you every possible business lead, but it will put you in position to be the most consistently successful.  For your business, try to be like the Spurs and avoid the flash-in-the-pan marketing strategies that are competing for your budget.