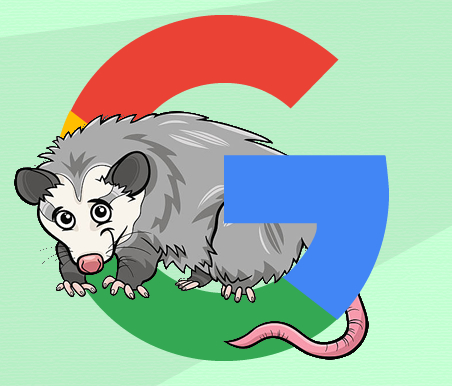 If you’re not into the digital marketing scene (or one of those business owners who is consistently looking to see where their website is ranked on a daily basis), you probably didn’t notice some subtle but very important changes to the SEO rankings in the Google Maps section.

In late September, Google released a new update to the Search Engine Optimization algorithm that has now been named “Possum”. This update didn’t come with a huge, immediately noticeable change to the user experience or interface of Google, but for business owners who want to be found in the Google Maps section, this new update could be a game changer.

In essence, Possum is a relatively simple tweak to the Google SEO algorithm. Previously, searches on Google that featured a geographic location – for example, a search for “SEO company san antonio” heavily promoted the business listings that were actually in San Antonio. An SEO firm whose physical address was listed as Live Oak, for example, wouldn’t be featured as prominently because they were outside the physical city limits of San Antonio, even if they service San Antonio directly.

The new update adjusts that part of the algorithm so that businesses that are just outside the physical city limits can be featured more prominently. With this update, the Live Oak SEO company we talked about previously will still get featured in the Google Maps section since they service San Antonio.

Why Possum is Important

So now that we’ve gotten a really simple break-down of how Possum works and what it changed, the next logical question is “why do I care?” The answer to that is two-fold.

First, the Google Map section is the fastest growing section in the entire Google Results Page. With more and more customers making decisions on mobile devices, the Maps section puts businesses near the customer in a large, visual section that is prominently featured on smaller screens. Being found in the Maps section is one of the best ways to increase your online traffic the quickest. Although Organic results are still generating more traffic for now, the usage gap between the two sections has been consistently narrowed month over month. End point: you need to be shown in the Google Maps section.

Second, this update is a subtle game-changer. Whether you’re a business that lies within the physical city limits or make your actual home just past the boundaries of town, your ranking in the Google Maps section can be impacted. If your business is in town, you’re going to have new competition for rankings. If you’re outside town, you may start to see your rankings go up in areas where you weren’t previously listed.

However, the inverse is also true. Just like an SEO company from Live Oak would struggle to get ranked in the Google Maps section under “seo company san antonio,” they would see significantly lower competition for placement if the keyword search was “seo company live oak.” This update changes that, too. Businesses that are in the major metro city can also get more presence in the surrounding suburbs and nearby towns than they did before.

The new Possum update comes with several serious changes to the way the Google Maps section ranks businesses. Essentially, it means that the marketplace has become much more open and anyone can participate without being penalized for where their physical office address was listed.

Competition goes up, access increases and all of this means that you need a team of professionals to make sure that your current rankings don’t decline due to new competition and your rankings for your surrounding communities increase.

Citywide SEO has a wealth of experience in optimizing Google Maps listings and features several programs to help your SEO rankings in the San Antonio area. Contact us today for more information about how this new program impacts your business and to develop a strategy to maximize on the new opportunity.

Let's Get Your Project Started!
COVID-19 STATUS: We are 100% operational, with all employees working remotely. Feel FREE to contact us today!
close
Toogle Down